Remember that time I was on a roll with posting regularly and then fell off the face of the earth for three months?

Guys-- it's been a crazy summer. Little Man and I have been pretty (aka incredibly) busy for the past few months, and I'm not really sure when things will slow down.

We have been- and will be- swamped with exciting things that I'll share more about soon, but for now I at least wanted to write something just to let everyone know that we're still here!

Little Man and I have now been together for over 10 months, which is three times longer than I initially expected. Lately I've been prone to lots of emotions as I realize how quickly the time has flown by. Little Man has changed so much since September- I'm not even really sure he could be considered a "Little" man anymore; he's adorably chunky- as strangers at the grocery store always love to tell me.
But beyond that, his personality has changed and grown a lot, too. He's so spunky and fun! He gets shy around new people, but he warms up quickly and becomes very lively and energetic. He also gets pretty chatty, as you can see here:

I like to tell people that he feels things very deeply- particularly hunger and joy. He's passionate and determined and wonderfully silly. He loves playing with his friends and feels just fine taking charge of social situations by grabbing their faces to say hello.

Lately, he loves brushing his teeth, watching me brush my teeth, using my legs to pull himself up, eating (obvi), reading, dancing with me, and trying to see if he can crawl across the room and stick the dog's bone in his mouth before I can catch him (so far, he's only been successful once).

He is definitely an observer and seems to take everything in around him; he is fascinated by anything from cars driving by to finding a tiny leaf on the ground. It's exciting to think about how that's helping his brain develop!

So, besides him crawling and me chasing him down, what have we been up to lately? Well, here's a short list:

So those are the big summer happenings, but let me follow them up with some photos for you:


There you have it. An brief update, some pictures, and the peace of mind of knowing I haven't completely forgotten about this blog!

But before I end this post, I have one more photo...

In case you haven't seen it, Wendy's is doing a campaign where you take a picture completing the heart on one of their cups (see below) and share it on social media with he hashtag, "Share4Adoption." For every new photo, they donate $5 to the Dave Thomas Foundation- which helps find permanent families for children in foster care. So go treat yourself to a Frosty, and then take and share a photo. You get a delicious treat, and you get to support kids and families! Win-win. And it's so easy!
So do it for me and Little Man!
(If you're like me and you don't frequent fast food establishments, you could always hang on to the cup and take new pictures every once in a while. The campaign wraps up at the end of September, so take as many photos as you can until then!) 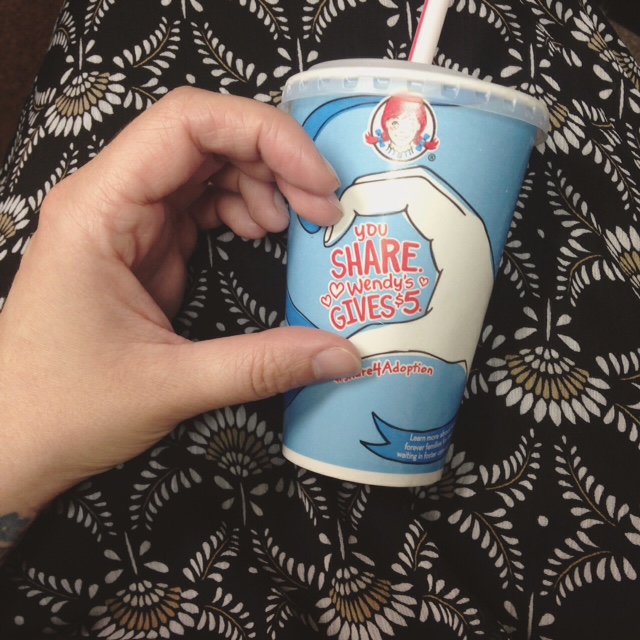 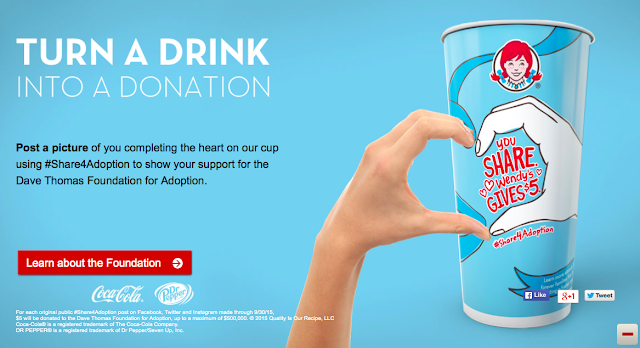 Thanks for reading today and catching up with us- and stay tuned for more exciting updates soon!